I    After centuries of individual and preliminary political struggle, women are uniting to achieve their final liberation from male supremacy.  Redstockings is dedicated to building this unity and winning our freedom.

II    Women are an oppressed class.  Our oppression is total, affecting every facet of our lives.  We are exploited as sex objects, breeders, domestic servants, and cheap labor.  We are considered inferior beings, whose only purpose is to enhance men's lives.  Our humanity is denied.  Our prescribed behavior is enforced by the threat of physical violence.

Because we have lived so intimately with our oppressors, in isolation from each other, we have been kept from seeing our personal suffering as a political condition.  This creates the illusion that a woman's relationship with her man is a matter of interplay between two unique  personalities, and can be worked out individually.  In reality, every  such relationship is a class relationship, and the conflicts between individual men and women are political conflicts that can only be solved collectively.

III    We identify the agents of our oppression as men.  Male supremacy is the oldest, most basic form of domination.  All other forms of exploitation and oppression (racism, capitalism, imperialism, etc.) are extensions of male supremacy: men dominate women, a few men dominate the rest.  All power structures throughout history have been male-dominated and male-oriented.  Men have controlled all political, economic and cultural institutions and backed up this control with physical force.  They have used their power to keep women in an inferior position.  All men receive economic, sexual, and psychological benefits from male supremacy. All men have oppressed women.

IV    Attempts have been made to shift the burden of responsibility from men to institutions or to women themselves.  We condemn these arguments as evasions.  Institutions alone do not oppress; they are merely tools of the oppressor.  To blame institutions implies that men and women are equally victimized, obscures the fact that men benefit from the subordination of women, and gives men the excuse that they are forced to be oppressors.  On the contrary, any man is free to renounce his superior position, provided that he is willing to be treated like a woman by other men.

We also reject the idea that women consent to or are to blame for their own oppression. Women's submission is not the result of brain-washing, stupidity or mental illness but of continual, daily pressure from men.  We do not need to change ourselves, but to change men.

The most slanderous evasion of all is that women can oppress men.  The basis for this illusion is the isolation of individual relationships from their political context and the tendency of men to see any legitimate challenge to their privileges as persecution.


V    We regard our personal experience, and our feelings about that experience, as the basis for an analysis of our common situation.  We cannot rely on existing ideologies as they are all products of male supremacist culture.  We question every generalization and accept none that are not confirmed by our experience.

Our chief task at present is to develop female class consciousness through sharing experience and publicly exposing the sexist foundation of all our institutions.  Consciousness-raising is not "therapy," which implies the existence of individual solutions and falsely assumes that the male-female relationship is purely personal, but the only method by which we can ensure that our program for liberation is based on the concrete realities of our lives.

The first requirement for raising class consciousness is honesty, in private and in public, with ourselves and other women.

VI    We identify with all women.  We define our best interest as that of the poorest, most brutally exploited woman.

We repudiate all economic, racial, educational or status privileges that divide us from other women.  We are determined to recognize and eliminate any prejudices we may hold against other women.

We are committed to achieving internal democracy.  We will do whatever is necessary to ensure that every woman in our movement has an equal chance to participate, assume responsibility, and develop her political potential.

VII   We call on all our sisters to unite with us in struggle.

We call on all men to give up their male privilege and support women's liberation in the interest of our humanity and their own.

In fighting for our liberation we will always take the side of women against their oppressors.  We will not ask what is "revolutionary" or "reformist," only what is good for women.

The time for individual skirmishes has passed.  This time we are going all the way. 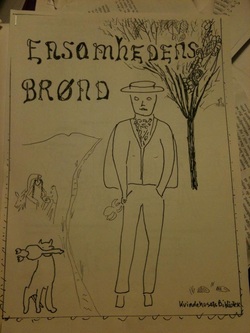